Well that was an eventful race. Instead of waking up early to watch it, I decided to have a bit of a lie-in. Glad I didn’t waste my time.

What I did see was an exciting, properly wet race, with lots of very exciting overtakes, and some very strange decisions from the FIA.

What was that tractor doing there? Jules Bianchi died at Suzuka 8 years ago when a recovery vehicle was on the track, and I’m surprised that this was allowed to happen. I know Gasly got his penalty for speeding under the red flag, but seriously? George Russell has come out and said:

[…] a tractor should never be on a circuit when race cars are… never!

I get the sentiment, but I also see a problem there, in that theoretically that means a red flag every time a car has to be recovered. The crane wasn’t on the track when Bianchi crashed, it was recovering Sutil’s car from the gravel. 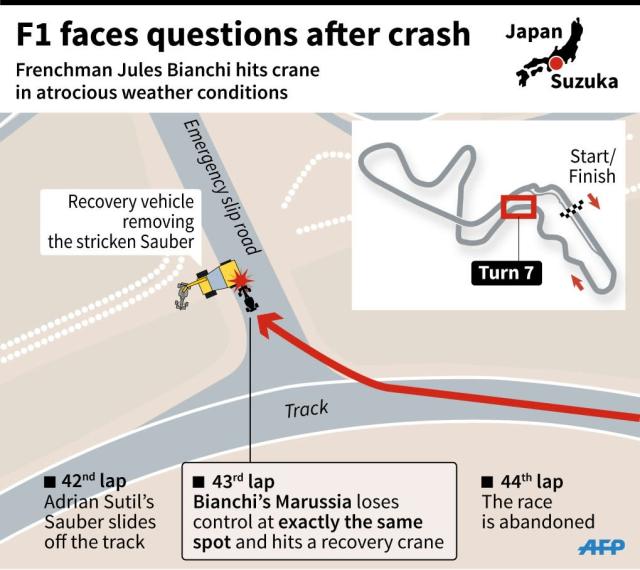 Regardless, certainly given the conditions, it seems as though it would at least have made sense to delay deploying the tractor until the cars were fully neutralised and following the safety car. I think Gasly had a nasty shock and it doesn’t surprise me he was might have been focussing on things other than his speed for the rest of the lap.

Yes, Belgium 2021 was a catastrophe. But solving the problem by implementing rule changes which are only half thought through?

Don’t get me wrong, Verstappen is a deserving championship winner, and he would likely have won next weekend anyway… but after the controversy around his championship win last year, one would have thought that the FIA would have wanted to avoid any kind of allegations of unfairness.

As we wait for the (delayed) results of the cost-cap investigation (headed up by someone who actually works for Red Bull, if I’ve understood correctly), the last thing the FIA needed was more controversy.